Metanate's client had developed a battery powered temperature logger to be installed in a domestic setting. The device was powered by 2 AA cells and it collected temperature samples from two probes at 10s intervals, periodically sending the readings gathered to the cloud backend using a TLS connection over WiFi.

In order to give a long battery lifetime (in excess of 2 years) a dual processor architecture was used (as shown in the diagram below) which enabled the Comms Processor (an ESP8266) to be powered down when not in use. 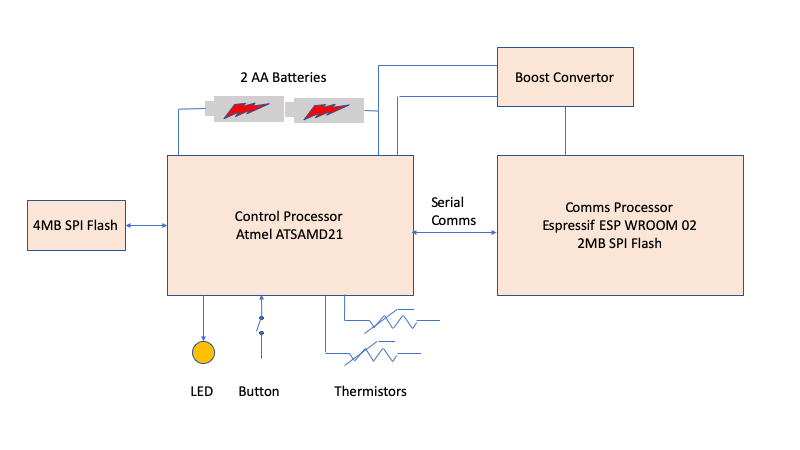 The Control Processor is responsible for:

The Comms Processor is powered up when required by the Control Processor and provides:

A Metanate engineer joined the client's development team with a brief to investigate and fix some issues affecting reliability of the device when deployed operationally.

The approach taken was to stabilise the development environment by importing known versions of the two manufacturer SDKs into the git source control system, reapplying the project changes and using this source as the base to move forward. A pass of static analysis weeded out unsafe C practices and writing more unit tests meant that errors could be caught in the TeamCity build pipeline.

The main issues discovered and resolved during the project were: