Metanate's client was developing a range of sensors for monitoring occupancy and environmental comfort in offices for real-estate management purposes. The data gathered was transmitted to a central database and used to present statistics and visualisations to facilities managers via a web portal.

The system had to be cost-effective and operate with minimal impact on the customers' network infrastructure. Some sensors needed to be installed in locations from which cables could not readily be run to the mains or Ethernet, so these were battery-powered with wireless communications. Conversely for desk clusters and meeting rooms, the requirement was for a simple and flexible method of cabling without numerous mains adapters or batteries that would need periodic replacement.

For the latter scenario a system was developed based on Local Interconnect Network (LIN) Bus, a UART-based serial bus protocol originally designed for use in motor vehicles and specified in ISO 17987. This allowed multiple desk sensors to be wired to a single mains-powered controller in a daisychain or a tree with splitters, with their power supplied by the controller. The solution followed the LIN Bus standard for UART data transmission and framing, with a proprietary PDU protocol tailored to the application.

Metanate developed firmware for the following components of the system:

The desk occupancy sensor was designed to be a very low-cost device suitable for bulk deployment in offices with hundreds or thousands of desks. 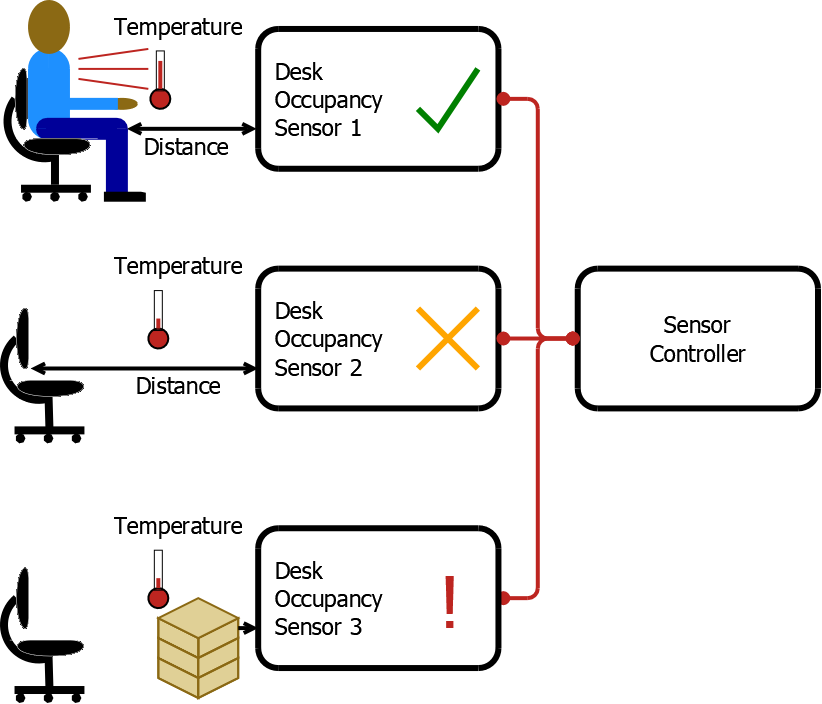 A sensor controller was used to gather readings from each cluster of desk sensors, and also from nearby standalone wireless sensors, and forward them over Ethernet to a concentrator PC (developed elsewhere). 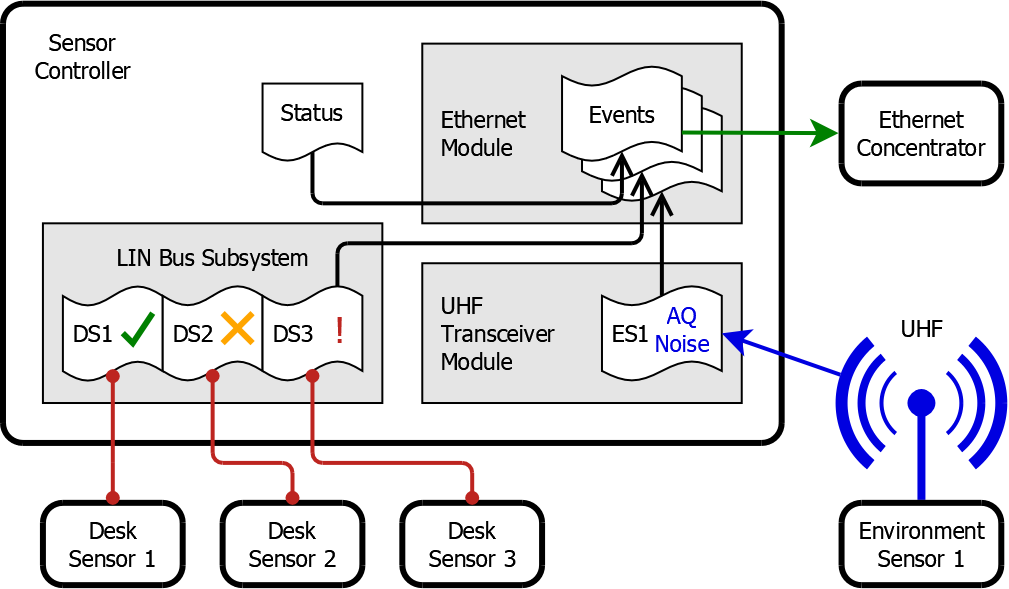 These were placed in locations around the building to monitor air quality and noise levels, and transmitted their readings over UHF to nearby sensor controllers.

If an environment sensor was needed in a location with access to mains power and Ethernet, this could be achieved by fitting the environment sensor plug-in board in a mains-powered sensor controller in place of the UHF transceiver. 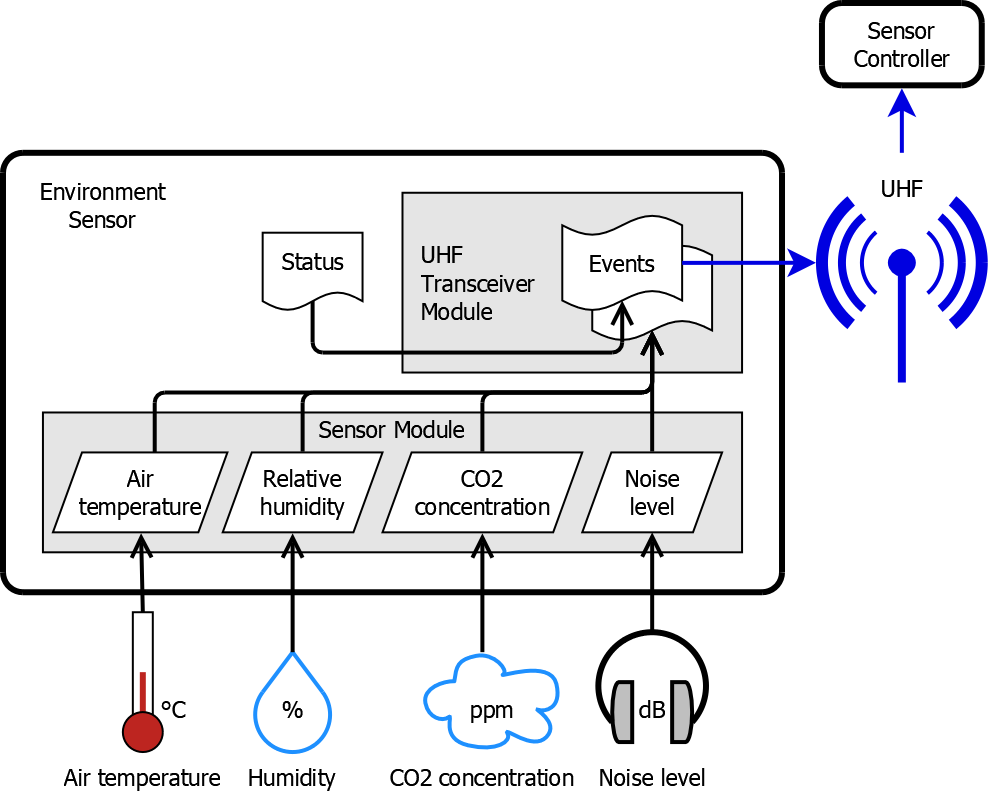