Following on from the technology demonstrator described in Asset tracking/environmental monitoring device, Metanate’s client developed a range of low-cost asset tracking and sensor devices for industrial deployment, and needed to gather data from these in a cloud-hosted database. Real-time monitoring of some sensors using mobile apps was also needed.

The tracking and sensor devices themselves were battery-powered and required to work unattended for several years. They used Bluetooth Low Energy (BLE) to transmit data - current status, significant events and diagnostics.

A mains-powered repeater was developed to relay the data from nearby BLE devices to the cloud using a cellular modem. The repeater also supported over-the-air updates to its configuration and both its own and devices’ firmware. The devices needed to remain fully operational while firmware was being downloaded onto them, with downtime to activate the updates minimised.

The repeater and communication protocols were designed to be device-agnostic, allowing new device types to be added to the product range easily without changes to the repeater firmware.

Metanate was commissioned to design and develop five components for this system: 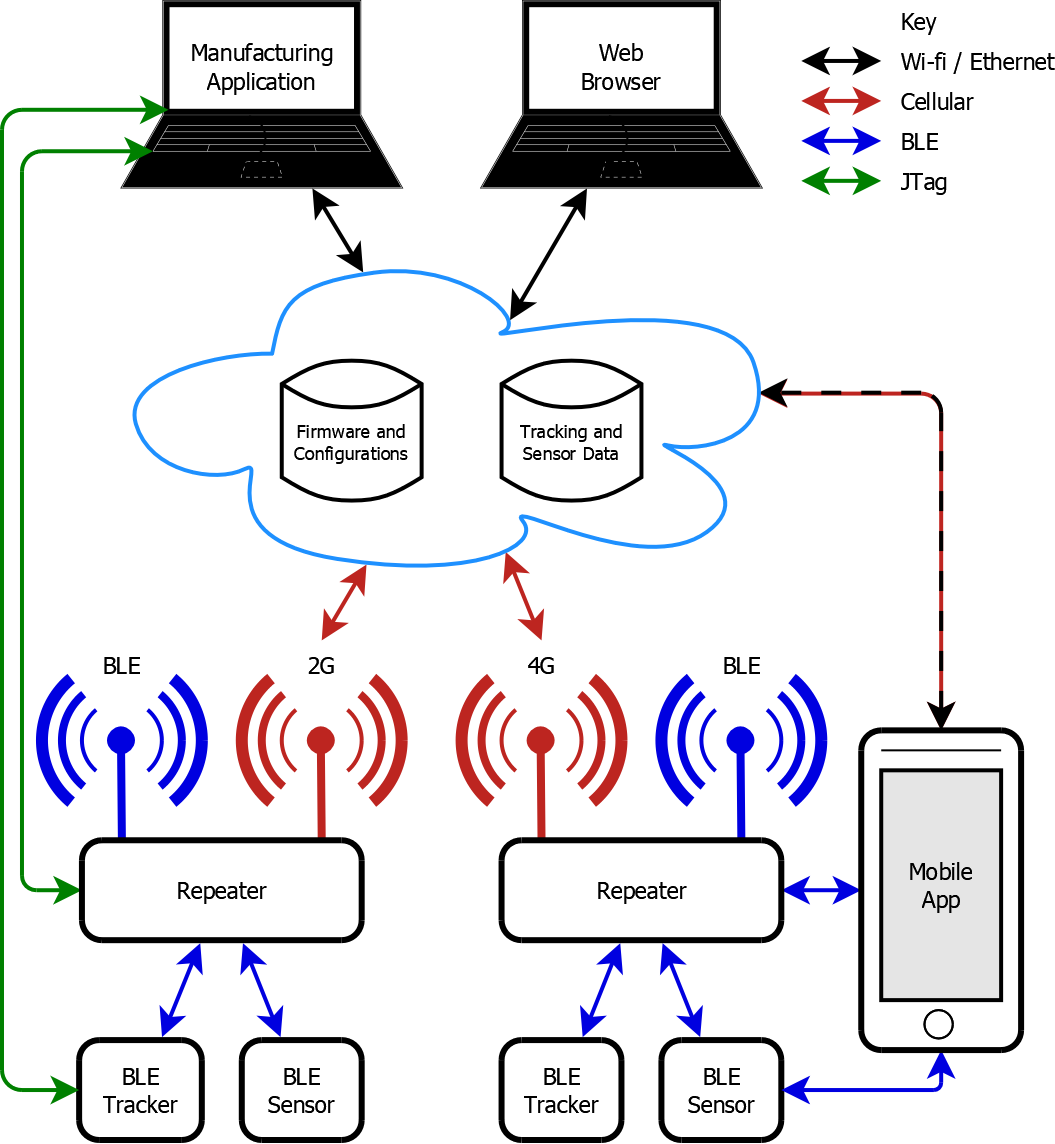 All devices were based on a common platform, with optional firmware modules to handle different fitted sensors. 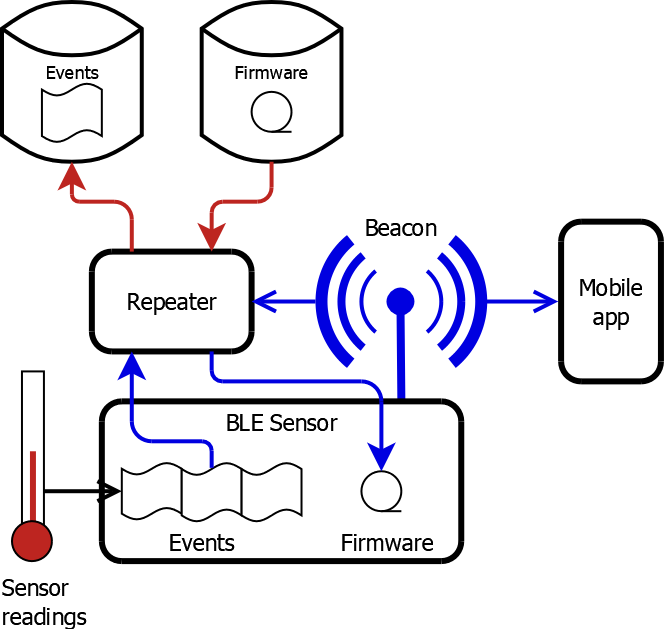 The repeater was based on the same Nordic nRF52832 System-on-Chip as the devices, with a broadly similar firmware design, but fitted with a cellular modem instead of any sensors. Although it was mains-powered, the firmware utilised processor sleep modes in readiness for a future battery-powered variant. 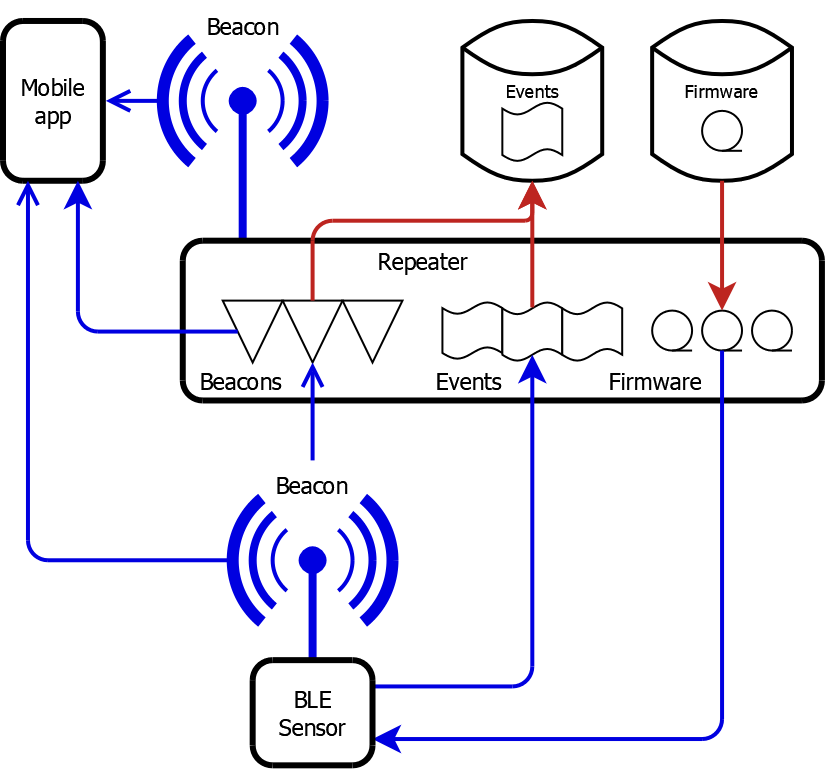 Although the primary purpose of this was to support online repeater configuration and firmware downloads, it was also able to store beacons and events relayed from devices, to facilitate their development and testing while the customer-facing cloud service was being developed elsewhere.

This was developed to automate the factory provisioning and testing of both tracking and sensor devices and repeaters. 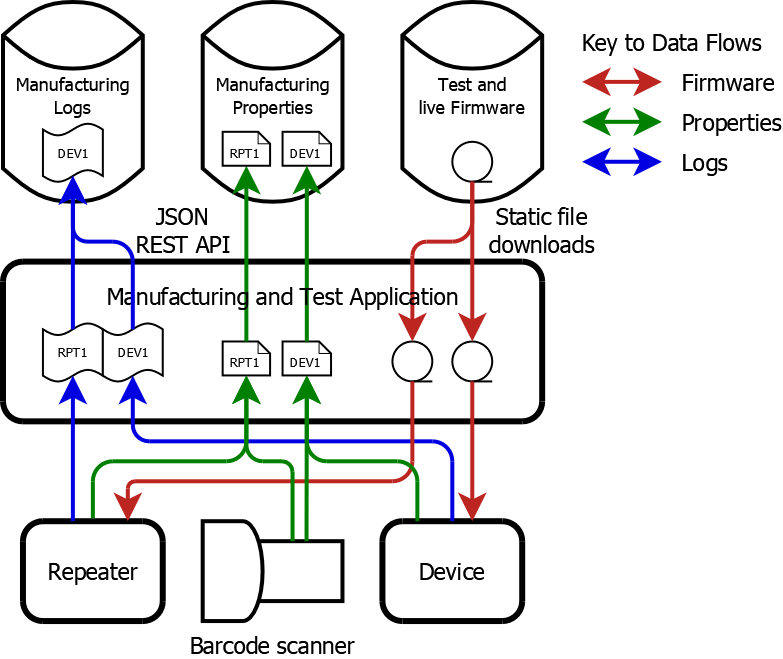 Metanate produced prototype mobile apps on both iOS and Android to demonstrate the potential of the system. Their functionality included: